Kartarpur –How it appears from Border-Interesting Photos

Kartarpur –How it appears from Border-Interesting
Photos

http://photos.groups.yahoo.com/group/kartarpur/lst?.dir=/Kartarpur+Photos-+July-Aug+2005&.src=gr&.order=&.view=t&.done=http%3a//briefcase.yahoo.com/
1.           Kartarpur from border
Clicked by an ordinary camera-Sony Digital DSC-P93
i.e
without any tele-lens. If possible enlarge the
photo.
The white spot is Kartarpur.
2.           Pakistan Boys on Border. They are perhaps lost.
They were roaming about the Barbed wire. Some one
suggested that they could be searching for some of
their beasts : cow , buffalo etc. They were quite
unaware that any slip of foot to Indian side would
mean instant opening of fire by the BSF men. In the
background for miles it is the elephant grass
around.
At bottom barbed wire fence is also visible.
3.           The road from Dera baba Nanak towards Kartarpur
4.           Most beautiful Palki at Dera Baba Nanak Gurdwara
Darbar Sahib. It was presented by Maharja Ranjit
Singh
5.           The place on Dhussi where we reach from Dera Baba
Nanak. BSF have erected barricades and sign boards
about Kartarpur also installed.
6.           School children on a picnic to Border- Seen in
the
Dera Baba Nanak main street.

More over I am sorry to say that there is no
progress
as to opening of Corridor to Kartarpur. I don't see
any possibility of its opening on Sept. 22, 2005 as
reported earlier.
Also the construction of gate on corridor which was
inaugurated on July 16 by Sukhjinder Singh Randhawa
MLA has come to a standstill. No addition brick
laid
after 20-7-05. It appears that anti-Punjabi lobby
has
prevailed upon Randhawa to abandon the work. 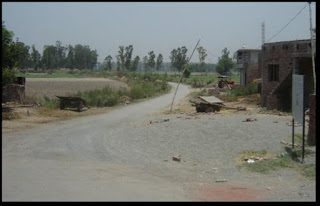 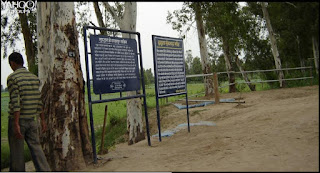 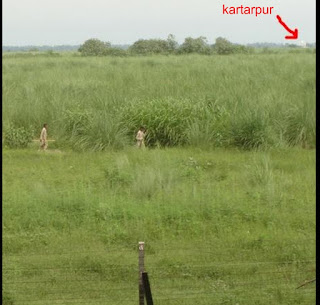 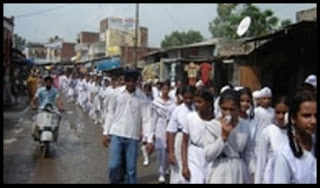 
Amritsar
Posted by B.S.Goraya at 08:51
Email ThisBlogThis!Share to TwitterShare to FacebookShare to Pinterest